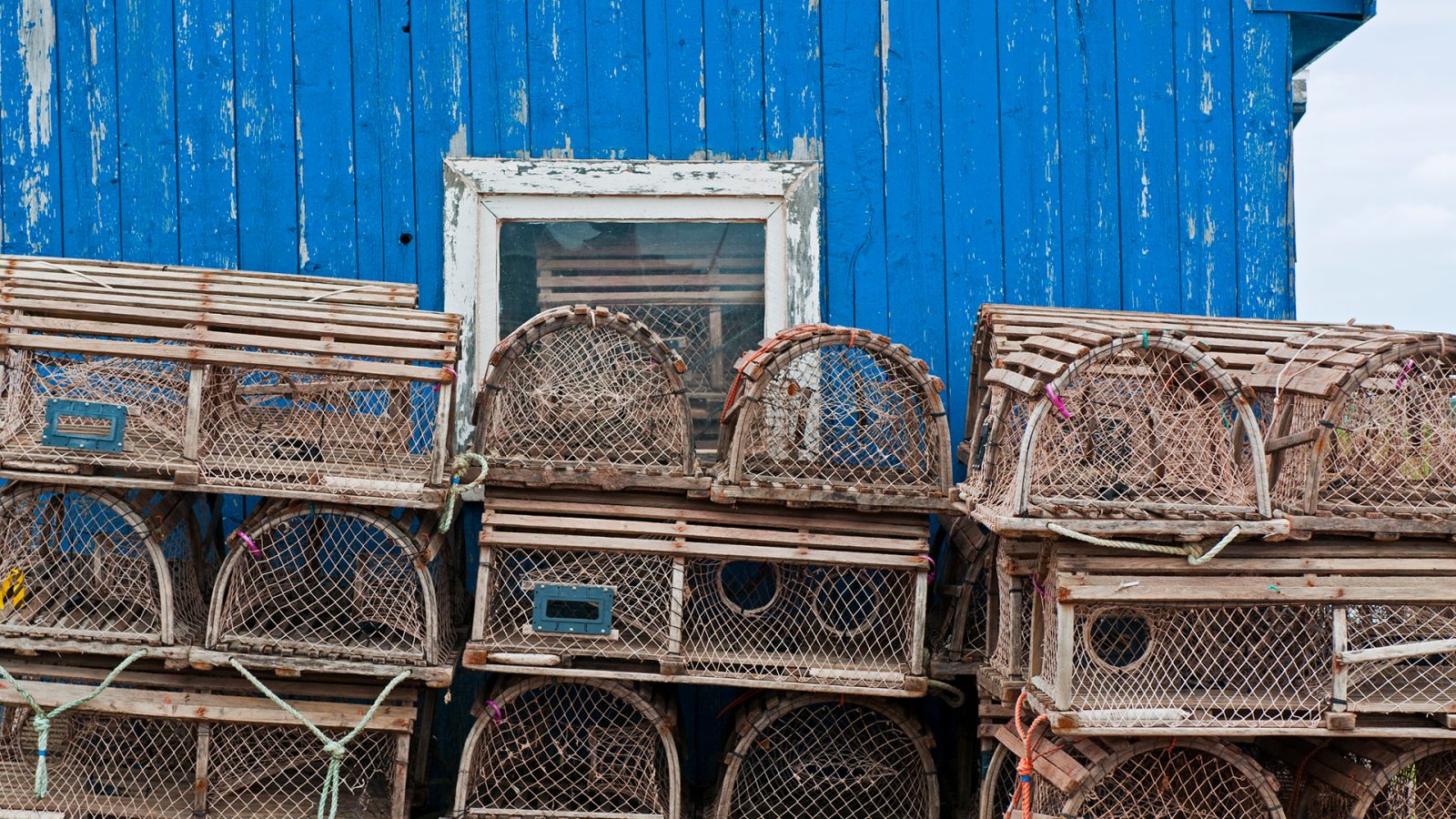 In the early 1900’s, fishermen in the Tignish area were badly exploited. Few fishermen owned their own fishing boats or gears. They were forced to rely on boats owned by a private company and half-line for their catch (give the company half of their catch in return for rental on the boat). The fishermen rarely saw cash as during the winter, the company which also owned the local store, advanced credit in the form of currency refundable only at their store.

In an attempt to set up their own processing company, the members of the Tignish Fisherman’s Union found they could not raise the financing necessary to own and operate a factory. The banks of the day would not extend credit to people of their background, neither individually or as a group. At a union meeting in 1920, it was decided to approach a local lawyer, Chester McCarthy for assistance because of McCarthy’s experience in both law and the fish trade, and because of his high standing in the community. With his help, the fishers believed they might be able to secure the necessary credit.  McCarthy agreed to join the group of seven fishermen and began to shape it into a legal body. He then became the official President of the Union. McCarthy offered to finance the business for a percentage of sales. The Union accepted.

Later on, McCarthy stepped down as President, sold the four shares he held, and became General Manager. He had the Union chartered in 1923 under the Joint Stock Companies Act, as there was no Co-op legislation at the time in Canada.

The first share certificate in the Tignish Fishermen’s Union were issued to the 29 Shareholders on June 9, 1925. On September 12, 1925, Station No.1 Fishermen’s Union of Prince Edward Island was incorporated under the laws of the province. This is the first incorporated fishermen’s union in Canada. The union went into the business of processing lobster and other fish.

Shareholders organized and sold their catches to mainland companies. The Tignish fishermen were able to triple their income from lobster alone. They saved through co-operative purchasing of supplies.

The first Manager of the cannery was Fred Bennett who oversaw 40 employees at the plant. That season, they produced 446 cases (96 cans per case). Live lobster was selling for 13 cents per pound and a one pound can of lobster meat cost 34 cents.

In 1926, Leslie McCarthy (Chester McCarthy’s brother) took over as Manager and stayed with the business for the next 33 years. He was considered the most efficient factory foreman in the Maritime provinces in his day.

The first share capital payout was made to the shareholders on January 9, 1926. With no co-operative act in Canada at the time, the fishermen played a very important part in the development of the co-operative structure that exists at Tignish Fisheries Co-op today.

The same fishermen who started Tignish Fisheries Co-op went on to initiate the Tignish Credit Union and Tignish Consumers Co-operative in Tignish in 1937.

In 1940, William D MacLeod became the President of the Tignish Fishermen’s Union and introduced nylon twine to the fishers of Tignish. The twine is now used by fishers all around the world.

In 1948, Ms. Noreen Johnson stepped up from her role as Secretary for Chester McCarthy, to become the first female Manager of a fish processing plant in Canada. Ms. Johnson successfully managed the Co-op for two years before departing for Boston, Ma.

The name of the union was changed to Tignish Fisheries Cooperative Association Limited in 1959.

Lobster landings continued to grow throughout the years, and in 1962, the highest lobster landings were recorded in the Co-operative 53 year history, 13,200 lbs.

A stringent quality control program was implemented in 1981 and is carried out to this day. This ensured the product leaving the plant was of the highest quality, which in turn, makes our product highly sought after in the global marketplace.

A record 66 blue fin tuna were landed at the Tignish Fisheries ports in 1982. This was also the year that a new cannery was opened. Joseph W Doucette and Terrance Gavin shared in cutting the ribbon to the new building with Kenneth McRae, building committee chairman.

In 1987, Tignish Fisheries Co-op made headlines as the recipient of an export award for demonstrating performance in the exporting of snow crab to Japan and fish to the United States.

The production of flounder fillets was introduced to the company in 1989.

As the business continued to expand, the processing plant that was built in 1982 was no longer adequate for the volume of product moving through it. In 1995 construction of the existing facility began and the marketing company, Royal Star Foods Ltd. was formed as a subsidiary of Tignish Fisheries Co-op Assn. Ltd. On April 22, Premier Catherine Callbeck, Economic Development Minister Robert Morrissey and Clifford Doucette, President of Tignish Fisheries Co-op and Royal Star Foods Ltd. officially opened the new processing plant.